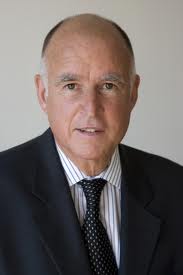 Governor Edmund G. (“Jerry”) Brown Jr. has held a variety of statewide elected offices during a career that has spanned nearly four decades. Brown is serving his third term as California’s Governor, and he is a former Secretary of State, former candidate for President, former Mayor of Oakland, and former California Attorney General. During his tenure as the Mayor of Oakland, Brown founded two charter schools. One, the Oakland Military Institute (OMI), is a college preparatory academy in collaboration with the California National Guard and serves students from 6th through 12th grade. Many students at OMI come from low-income families (80% of the students qualify for free or reduced lunches). OMI graduates have been admitted to the University of California system, West Point and Yale. Brown also founded the Oakland School for the Arts (OSA), which is devoted to intensive preprofessional training in the arts within a college-preparatory curriculum. OSA is an audition-based charter school that serves 6th-12th grade. As a Mayor of Oakland, Brown helped set a trend across the nation of mayors becoming more involved in education issues. Governor Brown has been a powerful advocate for charter schools by rejecting legislation that would be harmful to charter schools and supporting improved financing options and greater funding equity.

Gov. Brown received the Legacy Award at the 20th Annual Charter Schools Conference. The Legacy Awards were created to celebrate those outstanding charter school supporters, funders, operators and elected officials who have been stewards of the movement over the last 20 years. Each Legacy Award winner represents the hope and dedication of two generations of California Charter School students.